Obinwanne Okeke, the Nigerian young ‘businessman’ who was recently arrested in the United States for $11 million fraud, could spend up to 30 years in jail if convicted.

Mr Okeke was charged with two counts of computer fraud and wire fraud, which carry a maximum 10 and 20 years respectively, PREMIUM TIMES has learnt.

Mr Okeke, widely known as Invictus Obi, is being remanded at 401 Courthouse Square, Alexandria, VA 22314, which serves as the district headquarters of the U.S. Marshall Service.

His remand order was issued at a preliminary hearing shortly after his arrest.

Mr Okeke was arrested on August 6 in Alexandria, Virginia, just moments before he was scheduled to return to Nigeria.

He appeared before Michael Nachmanoff, a magistrate with the District Court of Eastern District of Virginia, on August 7 to answer charges of wire fraud.

The charges were investigated by the F.B.I. and filed against Mr Okeke by the U.S. Department of Justice, with both authorities saying they were convinced that Mr Okeke duped a UK subsidiary of Caterpillar up to $11 million in business email fraud, amongst other charges.

Mr Okeke has since hired John Iweanoge, a Washington D.C. criminal attorney of Nigerian origin, as his lead defence counsel.

Mr Okeke did not enter a plea at his initial arraignment, but he was remanded in custody indefinitely in accordance with the U.S. federal laws on the nature of the criminal complaints against him, according to Joshua Stueve, a spokesperson for the United States Attorney’s Office for the Eastern District of Virginia.

His remand would last until a jury has been selected to look into the charges against him, which may take several weeks.

“It may take another two weeks before a new date is fixed for him to appear in court again,” Mr Stueve told PREMIUM TIMES on Wednesday.

The spokesperson, however, warned that Mr Okeke would likely get below the maximum sentence.

“Actual sentences for federal crimes are typically less than the maximum penalties. A federal district court judge will determine any sentence after taking into account the U.S. Sentencing Guidelines and other statutory factors,” Mr Stueve said. 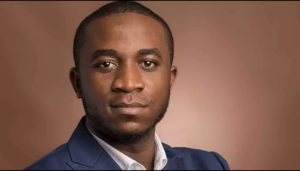