Two students of a tertiary institution based in Ondo State have made attempts to commit suicide after they failed the preliminary examination of their institution.

The students were said to have decided to kill themselves when they discovered that they failed the final preliminary examination which would have enabled them go to 100 level.

The two students who are said to be currently receiving medical treatment at a private hospital in Akure, the state capital, allegedly ingested a substance called Sniper.

A competent source at the hospital told our correspondent that the two students were brought in by their neighbours.

However, the source refused to disclose the identities of the two students, claiming that divulging such information was against the ethics of medical profession.

The source disclosed that the victims attempted to commit suicide for failing their examinations at the preliminary level.

He, however, hinted that the two students are already responding well to medical treatment.
The Police Public Relations Officer (PPRO) for the state police command, Mr Femi Joseph, could not be reached at press time. 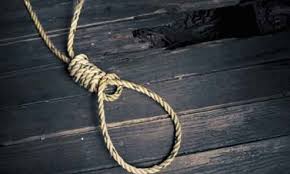