The Nigeria Army, on Saturday, said it has dismissed an officer accused of raping a student of the Adekunle Ajasin University, Akungba-Akoko (AAUA), Ondo State at a military checkpoint, Igbere TV reports.

Igbere TV reports that the Army also said it had handed over the suspect to the Ondo State Police Command for prosecution.

The victim, a 300-level student of the Department of Religious and African Studies, was allegedly gang-raped by soldiers attached to 32 Artillery Brigade, inside a shed at the checkpoint, while the student was returning from school.

But the military said the earlier report was false, revealing that the student was raped by one of the soldiers, according to its investigations.

Igbere TV recalls that the Commander of the 32 Artillery Brigade, Akure, Brig. Gen. Zakari Abubakar, had earlier promised to transfer the case to the police after the accused soldier must have been sacked and the investigation concluded.

He had since confirmed that the culprit, Lance Corporal Adelola, had been tried and sacked before he was formally handed over to the police.

“He has been sacked from service and he has been transferred to the police for prosecution. The army does not tolerate indiscipline”, he said.

The Ondo State Police Spokesman, Femi Joseph, who confirmed the development, said the suspect would soon be charged to court.

”I can confirm to you that the (former) soldier has been handed over to us, we will soon charge him to court,” Joseph said. 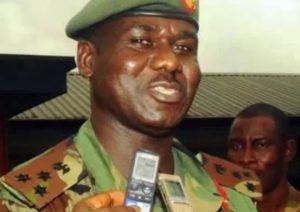