The historic town of Ijebu Ode is currently at a standstill for the 2019 edition of the annual Ojude Oba festival.

Activities began on Monday with the “Otunba Day” during where Globacom Chairman and Otunba Apesin of Ijebuland, Dr. Mike Adenuga, was honoured for his immense contributions to Ijebuland, Igbere TV reports.

Eighteen original artefacts recovered from all over the world were presented and displayed at the Banquet Hall, Awujale Palace, venue of Monday’s event.

Over 50 age groups are paying homage to the paramount ruler of Ijebu Ode, the Alayeluwa, Oba Sikiru Adetona during this year’s edition of the festival.

This year’s edition of the festival will also feature a raffle draw courtesy of the major sponsor, Globacom. Many lucky attendees will go home with various prizes, including tricycles and television sets.

A musical performance featuring the popular Fuji musician, Abass Akande Obesere and pop sensation, Lil’ Kesh will also hold later in the day. A beauty pageant will also hold where Miss Ojude Oba 2019 will be crowned.

Telecommunications giant, Globacom, will empower 10 lucky subscribers with tricycles at the festival.

The network is also 10 Plasma television sets to 10 families of its subscribers within Ijebuland at the festival on Tuesday.

In addition, Glo is giving out hefty cash prizes for most colourful and creative groups out of the over 50 age groups (Regberegbe).

Globacom sponsors the Ojude Oba Festival as part of its socio-responsibility innovation to the society.

The festival is marked on the third day of Eid-el-Kabir in Ijebuland.

Oba Adetona, who has earned a reputation for putting the interest of his kingdom first in all matters, has transformed the annual festival with invaluable contributions from Globacom.

The monarch was born in 1934 to the family of Prince Rufai Adetona and Alhaja Ajibabi Adetona (nee Onashile).

Oba Adetona was enthroned as the Awujale of Ijebu Kingdom in 1960 at age 26.

He is now Nigeria’s longest-reigning monarch at age 85 after 59 years on the throne.

His Secondary Education was at Olu-Iwa College (later merged with Ijebu-Ode Secondary Commercial School into Adeola Odutola College), Ijebu-Ode, from 1951 to 1956.

The revered traditional ruler is a recipient of several honorary degrees including the Doctor of Law (LL.D) from the University of Technology, Yola; and Doctor of Civil Law (D.CL) from Ogun State University, now Olabisi Onabanjo University.

Oba Adetona was chairman of Ogun State Council of Traditional Rulers and also served as Special Envoy to South Africa. 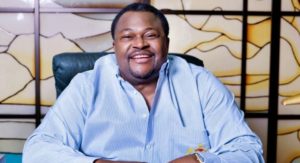