Africa’s richest woman has been revealed as the owner of a £13million home in one of London’s most exclusive areas that has caused anguish for neighbours.

Isabel dos Santos, the daughter of Angola’s controversial former president Jose Eduardo dos Santos, plans to demolish the house and rebuild it as an ‘iceberg’ mansion.

She has been given permission to raze the property and construct a four-storey home in its place, complete with an underground swimming pool complex.

But the plans caused fury among wealthy neighbours, with one resident claiming the proposal would ‘create resentment, divisiveness and poor community feeling’.

The revelation, unearthed by ‘Finance Uncovered’, that she owns the luxury home is likely to stoke widespread concerns about the origin of Mrs dos Santos’ wealth.

Despite presenting herself as a self-made entrepreneur who rubs shoulders with the A-list elite, opponents have described her as the beneficiary of kleptocracy in Africa.

The majority of her nearly £2billion wealth was amassed while her father Jose Eduardo, 76, served as ruler of Angola for 38 years.

Critics of dos Santos claim he murdered many politicians, journalists and others during his spell in power.

He was also accused of monopolizing and exploiting oil and diamond resources and seizing control of almost all aspects of government power.

Critics further claim his daughter Isabel acquired her own fortune by using her family’s power to take stakes in firms doing business in Angola, where many people live on as little as $2 a day.

Angola, a country of 18 million people, lies on the western coast of southern Africa and is rich in diamonds and oil.

Transparency International, the NGO that investigates government fraud, recently ranked Angola 165th out of 180 countries in its corruption perception index.

Mrs dos Santos studied engineering at King’s College, London, before opening her first business at the age of 24, a restaurant called ‘Miami Beach’.

Amid rumours that she has invested in properties in London, it has now been revealed how she bought the Kensington home for £8.65million in 2007. 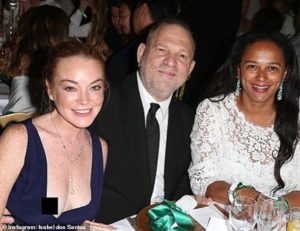