This comes as the Tribunal sitting in Uyo, dismissed his petition challenging the election of Senator Chris Ekpenyong of the Peoples Democratic Party (PDP).

Igbere TV reports that the Tribunal which ruled in favour of the PDP and its candidate, was headed by Justice W. O Akanbi, as Chairman. 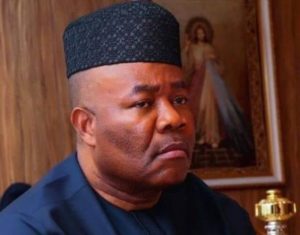