A Nigerian man has been killed by yet to be identified gunmen in South Africa.

Confirming this to the News Agency of Nigeria NAN, Odefa Ikele, the National Spokesperson of Nigerian Union South Africa, said the deceased, Chikamso Ufordi, who hailed from Awgu Local Government Area of Enugu State was riding in his car with two other Nigerians when they were trailed and shot at close range by some yet to be identified persons in Nigel, Gauteng Province in Johannesburg on Saturday October 26th.

“One of the witnesses informed us that the deceased, Mr. Chikamso Ufordi, from Awgu LGA Enugu State was trailed by some unknown gunmen, and was shot point-blank while in his car with two other Nigerian friends.

“His friends also sustained injuries, but the late Chikamso died immediately before help could arrive from the province’s Emergency Medical Services (EMS) team. The injured were rushed to the nearest hospital. A case of murder and attempted murder have already been opened at Nigel Police Cluster,’’ Ikele told NAN 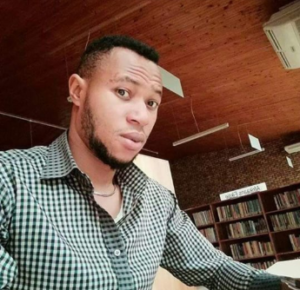