The Court of Appeal sitting in Enugu State has affirmed the election of Senator Ifeanyi Ubah as the lawmaker representing Anambra South district in the National Assembly.

In a lead judgment delivered on Tuesday, October 29th by Justice Ibrahim Saulawa, the appellate court upheld the decision of the National Assembly Election Petitions Tribunal. It, therefore, dismissed the appeals of Mr Chris Uba of the Peoples Democratic Party (PDP) and Senator Andy Uba of the All Progressives Congress (APC) for lacking merit.

In his reaction, Senator Ubah who contested the election on the platform of the Young Progressive Party (YPP) commended the judgement. He said it was a clear indication that the third arm of government was the last hope of the common man, Anambra South, and Nigeria at large.

The lawmaker commended the judiciary for rising up to its solemn responsibility of ensuring that justice prevailed without fear, favour, or prejudice. He also appreciated the disposition of Mr Nicholas Ukachukwu of All Progressives Grand Alliance (APGA), who accepted the election result in good faith and opted to respect the will of the people.

Senator Ubah, however, stretched a hand of fellowship to Mr Uba, Senator Uba, and Mr Ukachukwu, as well as urged them and the electorate to join hands with him to actualise the task of rebuilding and developing Anambra South Senatorial zone. On the other hand, the APGA member representing Idemili North and South Federal Constituency in the House of Representatives, Ifeanyi Ibezi, lost to Obinna Chidoka of the PDP. 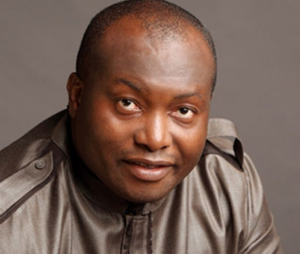