The gulf created between banks and telecommunication companies over an ‘attempt’ by telcos to start the deduction of Unstructured Supplementary Service Data (USSD) is widening by the day.

The operators have accused the Body of Bank Chief Executive Officers (CEOs) of insincerity.
Acting under the aegis of the Association of Licensed Telecoms Companies of Nigeria (ALTON), the carriers, on Thursday faulted the directive stopping the telcos from deducting the charges while still allowing the banks to keep deducting.

ALTON’s Chairman Gbenga Adebayo, who spoke on the side of the Nigeria e-Government Conference, organised by DigiServe Network Services Limited at Lagos Sheraton Hotel, Ikeja, Lagos, said the lenders have also not been transparent with the managment of the USSD cash.

Adebayo, who said it is trite in law that, if one is going to equity, one must go with clean hands, argued that the banks have not displayed enough sincerity on the matter.

The telcos had at a joint meeting claimed the banks had given them the go-ahead to start the deduction of the USSD charges.

But, the lenders, in an advertorial, rejected the firms’ position, accusing them, among others, of trying to frustrate the financial inclusion drive of the Federal Government.

After rejecting the allegations, the carriers argued that the lenders have benefited the most in the use of the platform, which was not originally designed as a cash cow.

In a leaked memo, the telcos said the decision “on whether, and what amount, to charge a customer for accessing USSD is entirely that of the telco company, in the same way a customer is billed for calls, SMS and data”.

A letter written by the Body of Banks’ Chief Executive Officers (BOBCEO); endorsed by 13 banks and dated September 16, 2019, addressed to ALTON, showed that the bank managing directors had proposed an “orderly implementation” of end-user billing for bank customers, “aligning with the standard practice for USSD billing.”

The Minister of Communications and Digital Economy, Isa Ali Ibrahim Pantami, immediately directed the Nigerian Communications Commission (NCC) to suspend the implementation of the new charge.

In the memo to ALTON, the bank directors kicked against sharing the revenue from USSD transactions with the telcos.

The telcos, who provide the platform for the USSD service, had proposed to take a cut of N4.50k per 20 seconds from the charges paid by customers to the banks.

However, the banks kicked against it, alleging that it would raise the cost by 450 per cent. 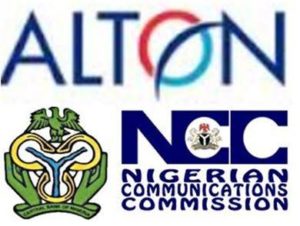