Bayelsa State Commissioner for Information and Orientation Daniel Iworiso-Markson is encouraging talents in the oil-rich state as a strategy to curb crime among the youth, MIKE ODIEGWU reports 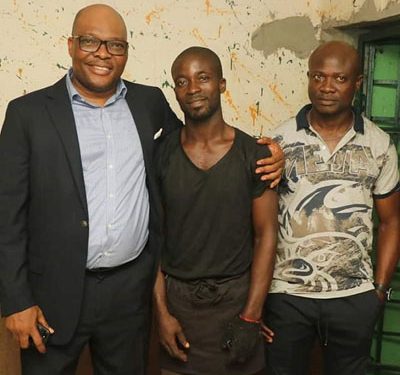 The struggling Richard, whose craft is said to be unique, was only a caller in a live programme anchored by a radio station in Yenagoa.

Iworiso-Markson was a guest on the programme. Richard called and appealed to the state government to support the talents of those indigenous to the state.

Richard uses sawdust to fabricate fanciful lamp holders. He also uses it to screed walls. During the phone-in programme, the young entrepreneur pleaded with government to assist in developing budding talents.

The young man was surprised when the commissioner paid him a visit at his workplace in Yenagoa. The commissioner was accompanied by another aide of the state governor, Osaanya B. Osaanya. He never expected that the commissioner would locate his workshop to see things for himself. The 31-year-old entrepreneur was elated to receive his stately visitor. 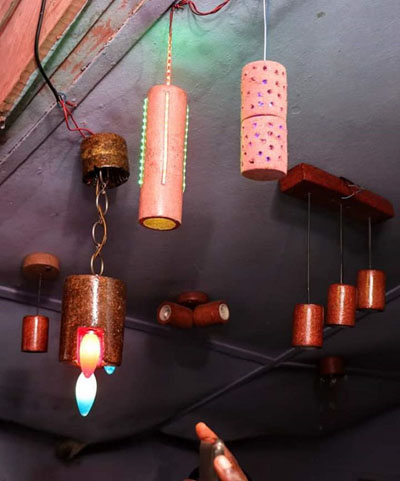 But it was not the first time the commissioner was paying such unscheduled visit to progressive people in the state. Some weeks ago, Iworiso-Markson followed a seven-year-old girl, Miss Ebiladei Mike home to see her mother and discuss the future of the young talent.

The commissioner had visited a venue of a skill acquisition programme organised by Girl Preneur 9ja (GP9ja) and saw the child among adults learning skills. He engaged the young girl and later stunned her mother with a visit accompanied by the girl. It was a morale booster for the humble family.

Therefore, encouraging the youth to grow and develop their potential has become part of the commissioner viewed by many people as a passionate apostle of the Restoration Government and the most outstanding aide of Governor Seriake Dickson.

Iworiso-Markson told Richard that the Governor Seriake Dickson-led administration would continue to support young people who are interested in entrepreneurship by creating the right environment for them and also providing seed capital to grow their businesses.

Assessing the work of Richard, the commissioner was stunned that the young man could use sawdust to fabricate lamp holders and screed walls. He promised the entrepreneur that the government, through the relevant agencies, would give him the opportunity to be more established; a situation that will enable him to export his products.

Iworiso-Markson, who was filled with excitement, said Bayelsa has abundant talents ready to rule their world if given the opportunity. He called on some individuals who have the penchants for criminality to emulate serious-minded people such as Amabebe so that they will be useful to themselves and the society.

He said: “Skill acquisition and entrepreneurship are often acquired through mentorship or training but I am surprised that this is not the case for this young man. He didn’t have any formal or informal training on this. That shows the raw talent deposited in him.

“I am overwhelmed, especially with the fact that he is a Bayelsan who hails from Southern Ijaw Local Government Area. Personally, I will patronise him and the Restoration Government of His Excellency will do everything to make sure he succeeds in his chosen field. We will not relent in providing the needed environment and funding for him and others.

“Let me use this opportunity to call on our young people who are engaged in petty and violent crimes to desist from them. Everyone has a talent and if you discover yours, you will be the next big thing. Crime does not pay in anyway but with your talent, be rest assured that you will never go hungry,” he said.

Responding, Amabebe said he invented the products after many years of practice.

“I have been practising to fine-tune my invention. I discovered many ways of making many products using sawdust. I reasoned that apart from the use of piles and wood, sawdust could also be useful”, he said.

He said his handiwork had demonstrated to the world that sawdust could be used to produce fittings, wall brackets, chandelier, lamp holders, plastering, flower vase, ceiling boards, doors and other items.