Beyonce’s mother, Tina Lawson has shared an interesting question in defence of her son-in-law, Jay-Z, who has been criticized for partnering with the NFL despite its treatment of Colin Kaepernick.

Kaepernick hasn’t had an NFL job since he took a knee during the national anthem three years ago to protest police brutality and racial injustice. A number of black stars stood with Kaepernick, including Jay-Z who showed support for Kaepernick by wearing his jersey on Saturday Night Live.

Jay-Z even went on to rap about it in his song Apeshit, saying: “Once I said no to the Super Bowl: You need me, I don’t need you. Every night we in the end zone. Tell the NFL we in stadiums too.”

Well, all that changed as Jay-Z has now chosen to collaborate with the same league that he’d publicly criticized for its treatment of the quarterback.

Jay-Z’s deal with the NFL elicited backlash from African Americans, including from Charlamagne tha God who questioned him during a press conference with Jay-Z, the NFL and the media.

Jay-Z had explained during the conference that he chose to partner with the NFL because the activism was past the stage of kneeling (read here). His explanation didn’t pacify his fans and he was criticized for betraying Kaepernick and other blacks who are victims of police brutality.

Beyonce’s mother has now weighed in. She shared a screenshot of a question raised in relation to Jay-Z and his partnership with the NFL.

In the screenshot, it was revealed that Jay-Z sends millions of cases of water to Flint to help solve their water crises, then asked what those criticizing him for partnering with the NFL have done for humanity. 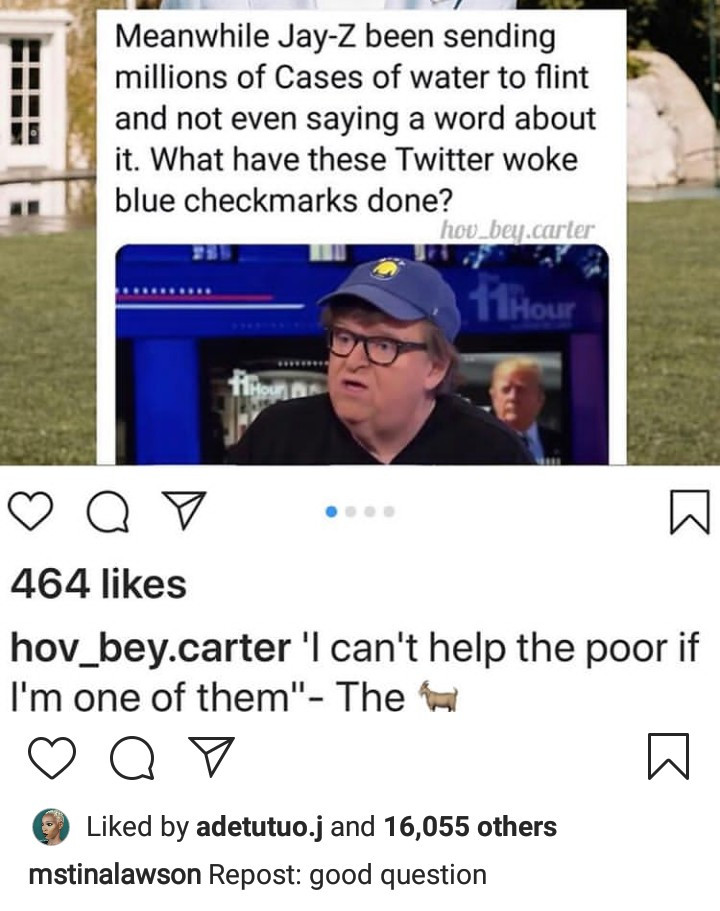 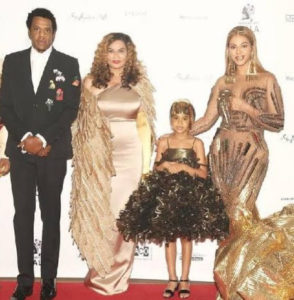