A fresh twist to the impact of the border closure by the Federal Government emerged last night as investigations revealed that suspected thieves have started descending on trapped lorries-load of goods, trapped at some of the major border points across the country, including that of Cotonu, Benin Republic.

Findings by this newspaper revealed that these suspected thieves reportedly took advantage of the continuous closure of the borders to perpetrate the heinous crime, since most of the goods cannot be conveyed to their final destinations. It was further learnt that the development has further heightened fears in the minds of some of the businessmen and women whose goods are trapped at the borders as some told this newspaper that their inability to the transport their goods to their respective destinations had made them incur huge losses and debt.

The traders maintained that the huge losses, which run into millions of naira, had also made some of the financial institutions, which obliged them loan facilities, to run their businesses prior to the border closure, to now resort to running after them, since most of them have defaulted in the repayment of the money borrowed to execute such businesses.

The Federal Government had on August 19, announced the closure of all land borders across the country to help check the increasing incidences of smugglings of “prohibited goods and services” across the country. The action, according to the government, is to assist it, among other reasons, check the smuggling of rice, cars, petroleum products, human trafficking, and other goods which are being smuggled from neighbouring countries, especially Benin Republic among others.

While the government order is receiving mixed reactions among Nigerians across the country, statutory agencies saddled with the task of checking these arbitrary practices, such as the Nigerian Customs Service (NCS), Nigerian Immigration Service (NIS), Nigeria Drug Law Enforcement Agency (NDLEA), appear to be discharging the presidential directive with all sense of responsibility.

There were reports of remarkable improvement in government’s revenue profile, according to the NCS helmsman, Col. Hammed Ali (rtd), who said his agency was raking in close to N5 billion on a daily basis, while others on the divide, such as the manufacturing sector believe the effect of the border closure was impacting on their businesses with the sum of N2 billion been lost every day since the action commenced.

However, Saturday Telegraph gathered further that the inability to get the true identity of the suspected thieves had made the whole issue complex, thereby aggravating the lamentations of these traders, who argued that the continuous closure of the borders further impoverish them since their goods are stuck at the borders.

One of the traders, who deals on tomato pastes, sugar, butter, vegetable oil among others, told Saturday Telegraph that as at the lost count, most of his goods which were trapped at the Seme border, have been stolen since there were no security checks for the trucks. The trader, who could not stomach his disdain and frustration, said he was at a loss as to the next line of action, given the fact that he was hugely indebted to a micro-finance bank, which availed him with a N15 million loan facility.

“I am finished. The bank I obtained loan from is after me. Every minute, my telephone rings and the next thing I hear is when are you paying our money. I didn’t envisage this,” the trader, who pleaded anonymity, told this reporter. He added: “ Our goods that trapped at the border are being stoln by thieves who take advantage of the situatin to further inflict pains on us. Even if the borders are opened today, it may take a long time before some of us recover and that is if some will ever reover from this mess.”

Collaborating this, another trader who identified herself simply as Mrs. Oluyomi, said about 120 bags of rice, which were supposed to have been ‘transported’ to her in Ijeshatedo, were stuck at the border but what baffled her was that when she called to know the state of her goods, she was told the bags (rice) had been stolen with only 15 bags left.

On hearing this, she said she didn’t know when she collapsed even though she is hypertensive and diabetic and a widow with five children with the last child aged four. According to her, she is using a the popular Micro- Finance scheme to run the business, which has already cast doubt on her ability to be able to offset the huge debt or not.

“Everyday, I sit at home to bemoan my fate. What is the net thing to do…I do not know? Even though the goods have been stolen, how will I repay the debt is what I don’t know,” she lamented.

However, the case of one Modupe Ilori, which appeared to be more pathetic as she told Saturday Telegraph that she collected a loan facility to buy goods worth over N80 million from Cotonu, barely one week before the borders were closed. She noted that the goods were yet to be delivered to her, courtesy of the border closure. “They (bank) are after me.

The bank, which gave me the loan has started chasing me to collect its money. I just don’t know what to do,” she cried out. While these traders appear helpless in the wake of the development, investigations by this newspaper revealed that these traders have resorted to “spiritual” campaign to the appropriate authorities to look into the issue with a view to addressing the challenges that have stalled the re-opening of the borders.

A concerned trader, who identified himself simply as Shehu told Saturday Telegraph that the huge debts incurred by these traders would have a spiral effect on the economy as most of the goods may lose the economic value. He added that, “should we continue to hurt ourselves in the name of border closure when the economy is in tatters? What is the market value of the policy? To me, this is not addressing the real issue the way it should be.” 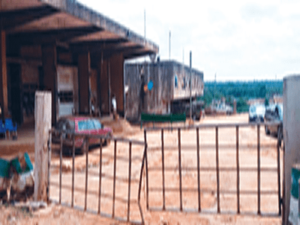