Aare Onakakanfo of Yorubaland, Iba Gani Abiodun Ige Adams, has urged the Federal government to fix the Lagos – Badagry road, saying such move will boost the Nigerian economy and further expose the tourism potentials of Badagry as a whole.

Speaking during the 2019 edition of the Olokun Festival in Badagry, Adams expressed worry over the closure of the Nigeria – Benin border,insisting that the closure of the border was suspicious, with huge implications on the entire Southwest.

“The road leading to Badagry town and its environs are in deplorable stage and nobody even cares.For the past seven years, this town had been abandoned with little facilities I have said it severally that this road is bad.

The road has become death traps for commuters plying the road daily. For instance, traveling between Badagry and Mile 2 has always been an unpleasant experience these days.

Imagine the kind of impression this would have on foreigners and tourists coming through west African coast to Badagry”,he said.

The Yoruba leader, also lamented that the closure of the border will definitely affect the people in the South than any other regions.

“It is unfortunate that the Nigeria – Benin border had to be shut, however, the closure seems suspicious to me because the borders in the North still operate conveniently without anybody blinking an eye. This portends grave danger to us as a people because the economic implications of the border closure will largely affect us more in the southwest than any other regions.

He, however, urged the Federal government, to as a matter of urgency, re-open the border and make sure that the necessary arrangements are made to forestall illegal smuggling of rice and other valuables into the country.

” We can reduce the unlawful smuggling of rice and other items into the country. It involves proper planning and documentation from the Nigerian government and the officials, including the Immigrations and the Customs must be up and doing in ensuring that the law is effective.”
Iba Gani Adams also appealed to the southwest governors to join him in projecting the cultural identity of the Yoruba race to the world

His words, :” Through cultural festivals such as this, we can gradually begin to change the narratives. We can begin to project the image of our country positively to the world. Therefore, I am making a clarion call to all Yoruba sons and daughters to continually promote the policy thrust and development agenda of the OFF
“Together we must build our tourism potentials and provide opportunities for our people to explore the world, using cultural tourism as template for growth and development. It is also very important for all the governors in all the states in the southwest to invest in education and agriculture, in order to ensure quality education and food security.

“Our governors should also provide enabling environment for the creation of a bustling tourism sector that would see the southwest states becoming the nation’s destination of choice, and ensure the full exploitations of our mineral resources for wealth creation.”,he explained.

Akran of Badagry, Oba De-Wheno Aholu (OFR), in his remarks, said despite the fact that the Badagry has a rich history, both the state and the Federal government have abandoned the town with no formidable facilities, lamenting that the road leading to the town had been left unattended to.

“Our road is bad. And I am not happy with the situation of the road. Coming to Badagry now is a hell, because people spend hours before getting to this place. As the royal father of this town, I am using this opportunity to appeal to the government to help fix this road so that Nigerians and other tourists could have access to Badagry”

“Let me also appreciate Iba Gani Abiodun Ige Adams, and all members of the Oodua Peoples Congress(OPC) and the Olokun Festival Foundation for sustaining this festival for the past 18 years. They have done well for us as a race. And I think they deserve to be honoured and appreciated”,he said.

Meanwhile, the Guest lecturer, Professor Oladele Orimogunje, from the Department of Linguistic, University of Lagos, praised the efforts of the Aare Onakakanfo of Yorubaland and the chief promoter of the festivals, Iba Gani Adams for championing the cause, and promoting the Yoruba culture and tradition,adding that such effort will definitely enrich the minds of the young generation of people about the various beliefs and traditions of the Yoruba race.

He said there should be adequate provision of social services like basic education and healthcare to Nigerians, stressing that Nigeria must embrace the idea of a knowledge economy, where quality education is cheap and affordable to all and sundry.

“What we needed most at this moment is a knowledge economy, where quality education is cheap and affordable to all and sundry. A situation whereby a large number of our youths are unemployed and a few of them that are working are doing so under a very precarious condition is bad”

“Our leaders must be proactive in the way they handle sensitive business of governance, because unless the ruling class commits public resources to public need, the future of the Nigerian youths is bleak” he said. 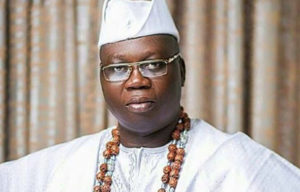