Towards the enhancement of the community policing strategies of the Nigerian Police Force, working in tandem with States Government’s in the country, President Muhammadu Buhari has approved the reorganization of the Force Criminal Investigations Department by separating the Force Intelligence Bureau out of it and making it a department of its own with a Deputy Inspector General of Police as the head.

The President also approved the creation of five new zonal commands of the Nigeria Police Force, thereby increasing the Commands to 17 across the country.

Under the newly approved command structure, the Force Intelligence Bureau (FIB) is formally excised from the FCID to become a full-fledged department to be headed by a Deputy Inspector-General of Police (DIG)

A signal by the Inspector-General of Police, IGP Mohammed Adamu, said the new structure is expected to fully integrate intelligence-led policing strategy and community policing.

As chairman of the Nigerian Police Council, President Buhari also approved the decentralization of the FCID in line with the principle of community policing.

Furthermore, the President approved a new structure for the four police colleges in the country located in Kaduna, Ikeja, Maiduguri and Orji-River, which is geared towards training and capacity development of the junior cadre of the force.

The president approved that the status of the commandants of the colleges be upgraded to the rank of Assistant Inspector-General of Police (AIG). This will strengthen administration, enhance the commitment of staff and engender higher level of discipline and the quality of training at the colleges. 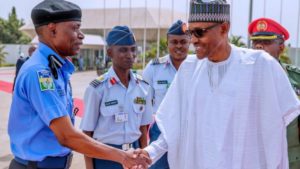