Governor of California , Gavin Newsom , has appointed a Nigerian , Uduak- Joe Ntuk , as the State Oil and Gas Supervisor , responsible for managing the Division of Oil , Gas and Geothermal Resources .

The News Agency of Nigeria reports that DOGGR uses science and sound engineering practices to regulate the drilling , operation and permanent closure of energy resource wells.

The division prioritises protecting the public and the environment in its oversight of the oil , natural gas and geothermal industries within the largest state in America .

A statement from the governor ’s office said that Ntuk had served as the Petroleum Administrator for the City of Los Angeles , the second largest city in the United States of America .

“ In Los Angeles , he was responsible for oversight and policy of oil fields , gas storage facilities , petroleum refineries and pipeline franchise agreements .

“ Prior to joining the city of Los Angeles , he had worked for several companies , including Tyco , General Electric and Chevron .

“ Being a technical professional with both public and private sector energy experience, he provided technical advice to the Mayor , City Council , and various City Departments ,” said the governor ’s office.

It added that Ntuk , a strong believer in Nigeria and its potentials , had expressed his will to share his expertise to further develop the Nigerian petroleum industry and the possibilities of building a mutually -beneficial relationship with the state of California .

“ A Nigerian -based Oil and Gas Consulting Company is exploring the possibilities and has initiated discussions regarding building a business relationship between the Nigerian oil and gas industry and the state of California through Mr Ntuk .

“ He is the first Nigerian- American to hold this position in California ’s history and his family is from the Port City of Calabar, Cross River State ,” said the statement .
( NAN) 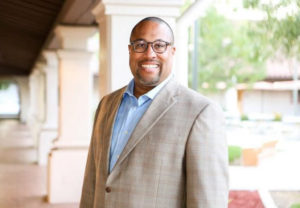