Chelsea are reportedly planning on sacking manager Maurizio Sarri after the Europa League final against Arsenal.

The club’s owner, Roman Abramovich, has had enough, according to Gazzetta dello Sport via Sport Witness, and will sack the Italian manager regardless of the result in Baku.

But Gazzetta state that Sarri’s “iron backbone” has divided the club and Abramovich is no longer a fan of the Italian, which means he will be leaving this summer.

Sarri is, however, still popular back in Serie A, and both Milan and Roma would consider a move for him if he became available.

Will it be a good news for Chelsea fans? 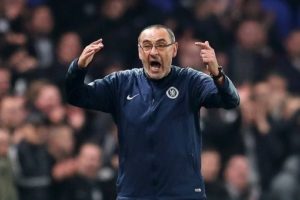