An Igbosere Magistrates’ Court, Lagos on Tuesday, remanded two men, Ayuba Balogun and Evans Adamson, in prison custody over alleged possession of firearms and murder of one Olayinka Mamora.

Mamora (a.k.a Momok) until his death in 2015, was an aide to the then Lagos State Treasurer of the National Union of Road Transport Workers (NURTW) Alhaji Musiliu Akinsanya (a.k.a MC Oluomo).

The assailants, 10 in number, rode on motorcycles to Mosaku Street in Oshodi and shot Mamora in the head.

The late Mamok, 46, said to be a relative Senator Olorunnimbe Mamora was survived by an aged mother, wife and child.

The deceased was killed inside a barbing saloon while shaving his hair.

The saloon is three houses away from the deceased’s residence.

According to an eyewitness, the assailants after killing Mamok, dragged his lifeless body outside and put it on top of his ash-colored Honda saloon car.

One of them said: “The assailants’ gunshots made residents and passers-by scampered in different directions for safety. Those guys, who killed Mamok after satisfying themselves that he was dead, left on their motorcycles immediately,” he said.

The prosecutor, Mr Morufu Animashaun, informed the court that the defendants were brought on a remand warrant application charge, dated October 28.

He prayed the court to remand the duo in prison custody pending the issuance of legal advice from the office of the Directorate of Public Prosecution (DPP).

Animashaun further informed the court that the defendants and others still at large on September 30, 2015, at about 7:30pm, mobilised themselves and invaded a barbing saloon, along Mosaku Street, Oshodi Lagos, shot and killed one Olayinka Mamora.

He said that they shot Mamora with a gun and left him in a pool of blood.

In the petition, it was stated that the deceased went to visit his father at Mosaku Street Mafoloku, Oshodi.

While he was there, he decided to go and cut his hair at a barbing saloon which is about three buildings away from his father ‘s house.

The petition further stated that the defendants and others at large invaded the saloon, attacked and dragged out the deceased from the chair where he was seated to barb his hair.

Animashaun told the court that Balogun, also known as Black Jesus, shot him on the head and chest which resulted in his death.

According to the prosecutor, the defendants dragged the corpse and placed it on the vehicle of the deceased bonnet, and immediately fled the area.

The prosecutor said during the course of the investigation, three pump action guns, and ten live cartridges were recovered from the defendants’ criminal hideout at Mowe- Ibafo, Ogun state and Oshodi.

He said: “This is a murder case and the autopsy report, from the Lagos State University Teaching Hospital (LASUTH), revealed that the deceased died of severe cerebral injuries to the heart, resulting from the gun shot”.
“I, Pray this honourable court to grant this application, it will be in the interest of justice to grant this application. As I am speaking before the court, we have duplicated the case file and sent it to the Director of Public Prosecution, (DPP) for legal advice,” Animashaun said.

Responding, counsel to the defendants’ Mr Prince Adebayo, informed the court that the defendants have been in custody for the past four months over a crime they knew nothing about.

He said “The prosecutor alleged that the defendants were charged with firearms and murder without being arraigned, I would be asking for a short adjournment.”

Consequently Magistrate Bakare granted the application to remand the duo in custody.

He said “The application of the prosecution in pursuant to Section 264, of the administration of criminal justice law of Lagos state 2015 is granted.

“The two defendants are remanded in prison custody for the next 30days”, Bakare said.

The case has been adjourned till December 3. 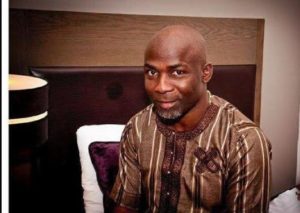