The Senior Pastor of Commonwealth of Zion Assembly, Biodun Fatoyinbo, on Friday, approached a High Court of the Federal Capital Territory sitting at Bwari, adducing reasons why the suit alleging that he forcefully raped Busola, wife of celebrity musician, Timi Dakolo in 2002, should be dismissed.

In a preliminary objection he filed through his team of lawyers led by a Senior Advocate of Nigeria, Dr. Alex Iziyon, the embattled cleric, maintained that Busola’s suit was frivolous and statute barred.

He argued that all the reliefs Busola sought against him in the suit marked CV/2817/18, were not grantable.

It will be recalled that Mrs. Dakolo had in a Writ of Summons she filed before the court on September 6, alleged that the COZA pastor had on September 23, 2002, raped her.

She told the court that the pastor forcefully pushed her until she fell on the couch close to the front door of her house after which he pinned her to the couch, undressed her, “caressing her body, handling her breasts, exposing his genitals to her glare, forcing a bottle of soda (Krest) down her throat thereby making her breathing difficult, all the while covering her mouth to muffle her screams, and thereafter threatened her life”.

The claimant equally alleged that the defendant sexually abused her again on September 26, 2002, even as she urged the court to declare that pastor Fatoyinbo’s action was “outrageous and reckless, and have caused the Claimant continuous emotional distress and amount to intentional infliction of emotional distress”.

Aside praying the court to direct the defendant to publish a “clearly worded apology” to her on the front page of at least two National Newspapers and two National Televisions for seven days running consecutively, Mrs. Dakolo, aslo demanded that the defendant should be compelled to address a personal letter of apology to her showing honest remorse “for his misdeeds”.

More so, she prayed the court to award her a cost of N10million.

Meanwhile, in his preliminary objection, pastor Fatoyinbo maintained that the suit was grossly incompetent.

He further argued that the court lacks the jurisdiction to entertain a suit that is frivolous and amounted to “palpable abuse of court process”.

In a 14-paragraphed affidavit that was deposed to by one Ademola Adetuberu who identified himself as Executive Senior Assistant to Pastor Fatoyinbo, he told the court that the substratum of the claimant’s suit was “the mere purported allegation of emotional and psychological distress as a result of the said purported mere allegation of rape against the Defendant”.

‘That I am aware that the Claimant made an allegation of rape and emotional distress before the Nigeria Police Force against the Defendant which is still a subject of investigation”.

He told the court that Mrs. Dakolo and her lawyer had after they filed the suit, leaked the documents to both electronic and print media organizations, with the story widely shared on the internet “to embarrass and scandalize the Defendant”.

Consequently, in his counter-claim, Pastor Fatoyinbo prayed the court to award a cost of N50m, jointly and severally against the Claimant and her Solicitor.

Busola had about two months ago, made a shocking revelation in a detailed interview with Chude Jideonwo, a lawyer and journalist, recounting how as a teenager, she was allegedly repeatedly raped by the Abuja-based cleric.

Pastor Fatoyinbo had since denied the allegation, insisting that it was a deliberate effort to damage his reputation. 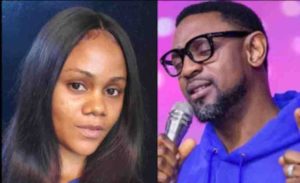