A CELEBRITY hairdresser dubbed “Cristiano Ronaldo’s crimper” has been stabbed to death in a Swiss hotel room.

Ricardo Marques Ferreira was found dead in bed by a cleaner at a hotel in Zurich on Friday.

Cops have confirmed a 39-year-old man has been arrested.

The detainee is understood to be a Brazilian national.

The hair stylist and make-up artist, from the island of Madeira like Cristiano, posted a photo on social media of him putting the final touches to the footballer’s look for a September 2015 photoshoot.

The dead man, whose body was discovered around 2pm on Friday, was found in bed with multiple stab wounds.

The murder weapon was not found at the scene. 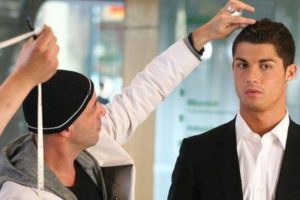