When the ancient Greeks first experimented with democracy, they had one thing in mind. Zeus the great god wont be happy to see his eternal sovereignty challenged. Now there will be no regular interference in the daily activities of the Greek because of the paradigm shift such democracy will bring.

Taking these into consideration, the Greeks decided to insulate their infant democracy with words which will bind men to be servants of the law. Democracy was so important to these Greeks that they made it mandatory for “reasonable” adults to participate in it to the exclusion of children, convicts, traitors, adults without principles and non compos mentis (i.e those of unsound mind”, etc.

What is happening now in our juvenile Nigerian democracy largely operated by old men is what the Greeks envisaged could happen when democracy becomes a fray as a result of allowing into the democratic process riff- raffs, lunatics, hoodlums, square pegs, greedy people and people with questionable political ideologies and pedigree.

To these categories of politicians, democracy is like a shopping mall where you shop from stall to stall at ease. To them again, cross- carpeting and defection are every day words and actions whose occurence are viewed as normal. 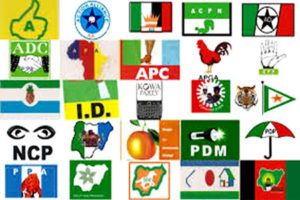 That is why they jump ship at a little storm without rules. An elected official in party A today, when he sees no prospect of holding political position jumps to another party B in Tarzan-like fashion with ease. Since he cannot get the electorates mandate through fairplay, they resort to scheme, squabble, defraud, bribe, intimidate, burn and slash to hold on to power.

In conclusion, the ancient Greeks’ method of principle and ideology based approach must be re- awakened and practiced so as to avoid this continuous political descent which is eroding people’s trust in democracy and turning Nigeria the erstwhile “Giant of Africa” into a laughing stock among the comity of nations.