The Department of Petroleum Resources, says it has sealed 12 filling stations in Sokoto and Kebbi states for under dispensing and operating without a valid licence.

Mr Muhammad Makera, the Zonal Operations Controller of DPR in charge of Sokoto and Kebbi states, made the disclosure to the News Agency of Nigeria on Saturday in Sokoto State.

He said that five filling stations were sealed for under dispensing of petroleum products while the remaining seven were sanctioned for operating without valid licence and non-adherence to required safety precautions.

According to him, the DPR officials visited no fewer than 99 filling stations in Sokoto and Kebbi staes within the period.

Makera expressed dismay that most of the stations’ managers feigned ignorance of the regulations of the Department.

He called on consumers to report any suspicious or sharp practice noticed in any fuel station to the department for necessary action.

Makera said that the current trend of short-changing customers by filling stations was unacceptable.

According to him, the department’s surveillance team is working to ensure availability of petrol at regulated price of N145 per litre

He cautioned marketers against flouting government regulations and customers against panic buying. 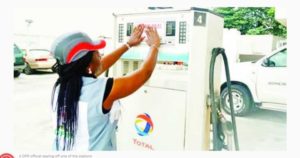