He told the court that the offence committed by the defendant was contrary to section 383 and punishable under section 390(9) of the Criminal Code Cap. 37 Volume 1 Laws of Ondo State of Nigeria, 2006.

Abe Oluwatimileyin, a driver, has been arraigned before an Oke Eda Magistrate’s Court sitting in Akure, Ondo State for stealing his boss’ money which he used to gamble.

Oluwatimileyin, 25, a former driver of Prof Olu Aderounmu, committed the offence on October 2.

The court’s charge sheet showed that the defendant is facing one-count charge of fraud.

It said, “That you, Abe Oluwatimileyin, ‘m’ on October 2, 2019 at about 8:30 at Polaris Bank, Akure in the Akure Magisterial District did receive the cheque of N100,000, given to you to withdraw from Polaris Bank Akure by Prof. Olu Aderounmu and after receiving the money from the bank, but you converted the money to your own use.”

Police prosecutor, Soji Ogemade, informed the court that Oluwatimileyin had absconded after withdrawing the money and a car belonging to his boss
.
He told the court that the offence committed by the defendant was contrary to section 383 and punishable under section 390(9) of the Criminal Code Cap. 37 Volume 1 Laws of Ondo State of Nigeria, 2006.

Oluwatimilehin pleaded not guilty but begged the court for mercy.

He said, “I was told by a man that if I played BetNaija with the money, I would win more money in return.”

The prosecutor then asked for an adjournment on the case to enable him study the case file and await the legal advice from the office of the director of public prosecution.

Earlier, Ogundele Adedire, the defendant’s counsel had urged the court to grant the client a bail in liberal terms.

In her ruling, the Chief Magistrate, Charity Adeyanju, admitted the defendant to bail in the sum of N200,000 with one surety in like sum and later adjourned the case until October 29 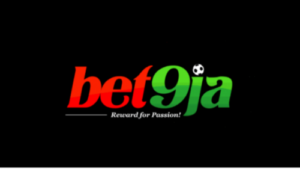