Adesope, whose address was not provided, is charged with two counts of fraud and unlawful conversion.

He pleaded not guilty.

The Prosecution Counsel, Insp. Abbass Abayomi, told the court that the defendant committed the offencce on April 24, at Bello Street in Surulere area of Lagos.

Abayomi alleged that the defendant collected the N11million from the complainant, Miss Victory Alibor, with a promise to invest it in coal business, a representation he knew was false.

He alleged that Adesope did not invest the money as promised but converted it to his personal use.

Magistrate C.J. Momodu admitted the defendant to bail in the sum of N2 million with two sureties in like sum.

Momodu ordered that the sureties must be gainfully employed with evidence of tax payments to Lagos State Government.
She adjourned the case until Nov. 4 for trial. 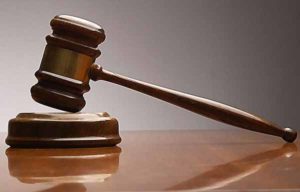