The late monarch, who was a professor of mathematics, ascended the throne of his ancestors in 2007. He obtained his A’ levels as an external student of the University of London before proceeding to United States of America where he bagged two degrees in Economics and History from University of Maryland, College Park and an MBA from University of Edinburgh, Scotland. He is pursuing a doctorate in Business Administration from University of Paris, in France. 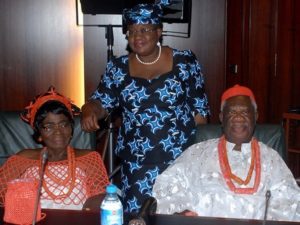