President Muhammadu Buhari yesterday paid a sympathy visit to victims of armed banditry in seven local government areas of Katsina State. He also said he had directed service chiefs in a meeting last week to completely re-strategize operations and reposition for optimum results.

The president was in Batsari Local Government Council, Katsina State, where he met Internally Displaced Persons (IDP), drawn from seven affected local governments of the state.

“I am very sad that the consequences of these actions have brought hardship and affected the socio-economic life of our people in the localities.

Agriculture, which is the mainstay of the economy and source of livelihood, is worse affected,” he said. He commended the government of Katsina State for supporting security agencies and facilitating some of their operations. The President directed the National Emergency Management Agency (NEMA) to extend support to the victims in the affected local councils. Governor Masari said sporadic bandit attacks still occur in 8 front line LGs of the state in spite of large deployment of security personnel. Masari listed the LGs to include Jibia, Batsari, Safana, Danmusa, Kankara, Faskari, Dandume and Sabuwa.

“The recent deployment of additional security personnel and equipment to these areas has led to reduction on the frequency of attacks. But there are still sporadic attacks with attendant kidnap and cattle rustling incidents,” he said. He said criminal attacks were accompanied with wanton destruction through burning of foodstuff stores, vehicles and houses. He said discussions at a recent meeting of North West governors revealed that banditry in the area has direct or indirect links with bandit camps in Zamfara state.

“A strong resolution was agreed that the next meeting shall be held in Gusau and if possible be chaired by the governor, while emissaries have been sent to identified forest commanders to personally attend without any form of representation,” he said. Say no to reprisals, Emir urges The Emir of Katsina, Dr Abdulmumini Kabir Usman, urged the people of the state to always support the security agencies with useful information about the bandits.

The emir, who said reprisal is wrong, urged the people to report to security agencies suspected bandits and avoid taking law into their hands. He also urged his subjects to desist from cursing their leaders. 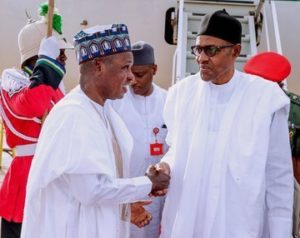