A group known as the Initiative to Save Democracy (ISD) has warned former aide of Goodluck Jonathan, Mr Reno Omokri, to refrain from attacking the vice president, Prof Yemi Osinbajo.

In a statement by its publicity secretary, Peter Oladele, the group faulted the call by Reno Omokri that the vice president should stand up against the president because the president had asked that his ministers pass correspondences and meeting proposals through the chief of staff, Mallam Abba Kyari.

The group stated that making such a call did not only show that Mr Omokri lacked an understanding of governance at the presidential level, but it also reflected the way and manner in which the Jonathan government was run without any institutional practice and order.

“We have read Reno Omokri’s constant attempt to politicise governance processes, especially his recent tirade at the vice president. In our view, Omokri has opened himself, the government of Jonathan where he served and his party up to the perfect counter-uppercut.

“Because by lambasting the president’s instruction to streamline administrative processes in adherence to global democratic executive standards, they are once again exposing and celebrating their own wayward governance systems of old in which presidential governance was a jungle-like wilderness where everyone who could whisper to the president could adjust his actions or inactions, which is largely responsible for the massive corruption and underdevelopment known of their administration which we are still dealing with.”

The Initiative to Save Democracy went further to state that the instruction given to ministers to have all correspondences and schedules for meetings go through the chief of staff was to ensure there was order and guided flow of the president’s activities.

“Does one expect the president to receive his ministers anytime and whenever they want to? Would that not be a recipe for chaos and insanity?” The group asked.

“There must follow a pattern in every institution, in which the head of the institution is accessed, correspondences sent and meetings scheduled. This was clearly not the case with the Jonathan administration.” 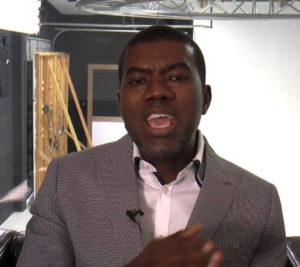