The attack occurred around 4pm when the deputy governor was returning from Abuja to to the state capital, Lafia.

DAILY NIGERIAN reliably gathered the robbers laid ambushed on the convoy, killed the policemen and took away all their rifles.

A security source told this newspaper that the convoy was alerted that robbery operation was taking place at a place called Lilli near Nasarawa Eggon.

“After waiting for a while, one of the police vehicles volunteered to clear the road for them. Unfortunately, they fell into the robbers’ trap. They opened opened fire on them and took away all their rifles,” said the source. 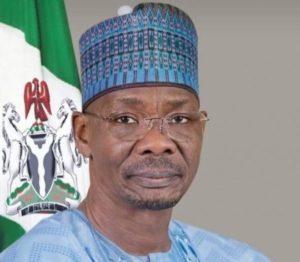