As a result of Governor Ahmadu Umaru Fintiri’s harsh stance on vandals and hoodlums who looted items in public and private properties, some of the looters have started returning them to escape severe sanctions.

Reports indicated that a number of residents of Yola and Jimeta have started returning the stolen items to their wards heads while some dropped them on the roads for the authorities to pick.

Some of the items returned include fridges, tractor parts, water pumps, office furniture, medical equipment and bags of fertilizer.

The governor has during the broadcast gave the hoodlums a grace of 12 hours within which to bring the items to the nearest police station or traditional rulers from wards to district heads.

The governor threatened that he will sign an executive order to ensure the revocation of the C of O or outright demolition of any house that harbours stolen items.

It would be recalled that the state has witnessed a near breakdown of law and order on Sunday and Monday this week as hoodlums take the state under siege and went on a looting spree. 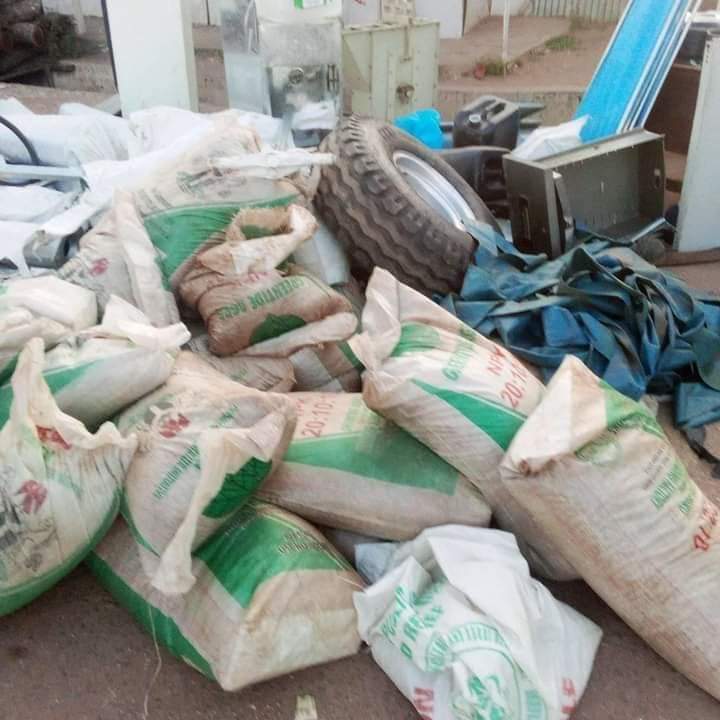