Kemi Olunloyo who recounted all she faced while still in prison which she claimed was orchestrated by Iyabo Ojo, revealed that Hushpuppi promised and gave her nothing after she was diagnosed with PTSD. The journalist who stated that the actress caused her pain and tears begging online for medical psychological care, added that she never accepts responsibility for her actions but blame others.

Kemi Olunloyo who revealed that she watched people get murdered in prison which left her with PTSD, added that it made her beg people who mocked her including Hushpuppi who promised and gave nothing.

Sharing screenshots of an interview she granted alongside that of Yemi Osinbajo in which he stated that Nigerian prisons turn inmates into animals, Kemi Olunloyo wrote; 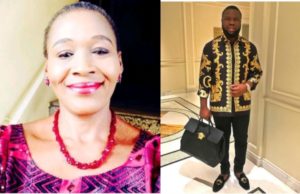