Rivers State Governor , Nyesom Wike , has said that he never knew the candidate of the African Action Congress , Biokpomabo Awara , until a few days to the governorship election in March 2019 .

Wike also stated that he never doubted that the Supreme Court would confirm his reelection since Awara couldn ’ t have won an election he ( Awara) didn ’ t contest .

The governor said from the beginning , the AAC candidate never posed any problem to him because he ( Awara) was unknown to Rivers people.

Wike who spoke in Port Harcourt on Saturday said he only got to know of Awara about two days to the election.

He said , “I expected the confirmation because the law is clear . The man who is challenging me never contested any election; so , he couldn ’ t have won . It is so painful , but what do you do ?
“ It is part of life; if he really ran in the election with me , one can say there could be a problem .

A man that I never knew till a few days to the election; how would it have been that the man won the election? So , I expected that the court would do the right thing , which they did . ” 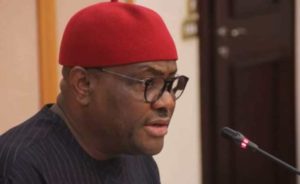