According to media reports, President Muhammadu Buhari on Tuesday in Daura, Katsina State, said he will use his second term in office to improve the lives of Nigerians by paying close attention to the poor and those on the lower rungs of society.

Addressing leaders of various communities from five Local Government Areas of Daura Emirate, who paid him a visit as part of Eid El-Kabir celebration, the President said he is convinced that majority of Nigerians understand who he is and his mission, on account of which they returned him for a second term in office with larger margin of votes than 2015.

In a statement by the Senior Special Assistant on Media and publicity, Mallam Garba Shehu, the President said “You know how much I laboured to get here. I ran three times in the past. The fourth time, God used technology to do it for me. The fifth time I ran (February 23, 2019), I went to all the states of the federation. The turnout of crowds was overwhelming.

“Truly, the people know and understand my mission. This is what the votes showed. The administration will dwell on our campaign issues — security, economy and corruption. We will fight for the poor,” the President said.

He emphasized the important place of agriculture under his administration, promising to appoint a minister who is knowledgeable and will know how to promote interest and investment in the sector.

“I will appoint a minister who knows agriculture and its role in providing jobs and growing our economy. You have seen how we broke the fertiliser jinx in the country. We will do more to better the lots of our farmers. Agriculture is our strength,” he added.

President Buhari expressed happiness with the changing attitude of young people to agriculture, with many earning respectable incomes, urging all of those without regular incomes to return to the farm.

In his remarks, Hon. Yusuf Bello Mai’ Aduwa, one the leaders of the delegation, thanked Nigerians for giving the President a second mandate to lead the country for another four years, stressing that he will not let the country down.

Mohammed Saleh, another community leader, said the communities under the Daura Emirate were grateful to the President for signing a bill to establish a Federal Polytechnic in Daura, after they had complained that the area needed a tertiary institution to encourage the youth to pursue higher education. 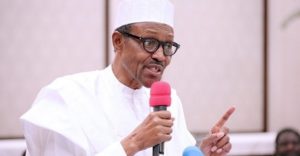