President Buhari on Tuesday, November 19th hosted the Special Envoy of President of Equatorial Guinea, Teodoro Obiang Nguema Mbasogo, at State House, Abuja, and declared that if Nigeria had followed her own programme for exploiting its gas reserves, the country would have been earning more money from the product than from petroleum now.

The Special Envoy and Minister of Mines and Hydrocarbons, Gabriel Mbega Obiang Lima, had brought a message from his President on the forthcoming meeting of Heads of State of gas exporting nations, which Equatorial Guinea would be hosting.

President Buhari declared: “we share a lot of things in common with Equatorial Guinea.

That fact had long been established. If we had followed our own plans, laid out in the 1970s, for the gas sector, we should have had 12 trains by early 1980s, instead of being on just six trains now.” 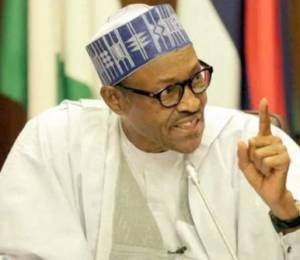