The Inspector General of Police, Adamu Mohammed who commented on the violence and ballot snatching witnessed in Bayelsa and Kogi states election has blamed it all on fake police.

The Police Boss stated that they knew before the election that there will be violence in the states. He also told State House Correspondents that the tear gas shot from a police helicopter in Kogi State as captured in a viral video was aimed at stopping potential trouble makers.

IGP Adamu also revealed that they provided identification tags for its personnel deployed for election duties but those formenting trouble during the election had no tags and were fake. He also accused politicians of sewing police and army uniforms for thugs ahead of the election. 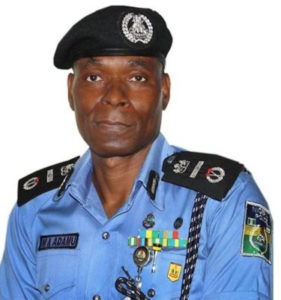