In a bid to tackle the increasing spate of cult-related activities across the geo-political zones in the country, the Inspector General of Police, Mohammed Adamu, in Enugu yesterday flagged off the Police Campaign against Cultism and Other Vices (POCACOV), Igbere TV reports.

Igbere TV reports that the campaign, among other things, is intended to ensure the adoption and implementation of community policing for adequate protection of lives and property of citizens.

Speaking at the ceremony, the police chief said the campaign would not have come at a better time than now when cultism and other vices have permeated every aspect of the society.

Represented by the Assistant Inspector General Zone 9, Tijani Baba, the IGP said the campaign was also in line with the federal government’s resolve to reduce the increasing rate of crime in the society.

According to him, everybody must be involved in the fight against cultism and other vices in order to make sure that the society is safe for all to thrive.

He added that the Nigeria Police Force as part of its efforts to ensure the safety of the citizens is recruiting 40,000 policing officers to take care of various communities across the country.

‘’The officers will functions to complement the efforts of the police in protecting lives. We are drawing the officers from the different communities because they will better understand the various threats in their communities’’ he said.

He said the duty of the officers would be very important because they would serve as a bridge between people in communities and the police in terms of providing information about possible threats.

He called on all relevant stakeholders to partner with the police in preaching the need for all and sundry to work towards a crime-free society.

Also speaking at the event, Enugu State Governor, Ifeanyi Ugwuanyi, said the state would continue to partner the police and other security agencies in the state to ensure that all criminal activities are tackled.

Ugwuanyi, who was represented by the state Head of Service, Chidi Nnadi, thanked the Enugu State Police Command for its efforts so far in dealing with crime in the state.

High points of the event were the inauguration of the National Youth Service Corps POCACOV Community Development Service, CDS and the unveiling of POCACOV Ambassadors, including players in the entertainment industry. 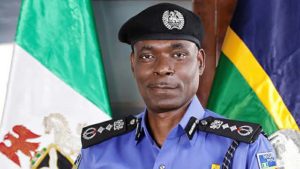