Yes, it’s true. Nigerian lecturers do not hold multiple full time lecturing jobs. It’s a cheap blackmail by the FG to force the university staff to join IPPIS, which is against the extant laws that established the universities. A Lecturer is only allowed to do adjunct or visiting lecturing jobs, which are part time jobs. Before universities employ lecturers, they ensure that such persons do not hold any other full-time job before the appointment letters are issued. This is because they know that it’s against the law to hold multiple full time jobs at same time when working in the public service.

Every country is guided by laws and the rule of law must be upheld by any government if not anarchy could set in. Universities do not just come into existence, every university is established only after the law establishing it has been made. Therefore universities have laws that are backing them as passed by the national assembly. In addition, there is an act of the national assembly that is dedicated to universities generally in the country.

The law also states that any government policy that is contrary to the law should never supercede law. That means that the law is sacrosanct on such matters. The IPPIS will erroneously remove the power to manage the finances and employment of staff from the governing councils and this is against the law. The law of the land no matter whose ox is gored must supercede any contrary policy as is the case with the IPPIS. The government of the land must uphold the law as they swore to do.

If we must move forward as a country, we must learn to respect our laws else we would be inviting more anarchy in the country. I am typing this in order to educate the readers and to ensure that we do not fall for the cheap blackmail by the FG. Several MDAs that joined the IPPIS are currently regretting their decisions, due to its many disadvantages. Please check the links below. 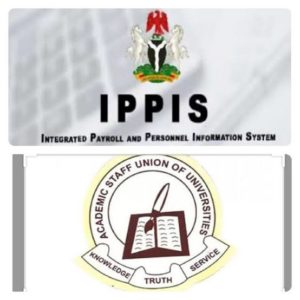