Former Director-General of the Bureau of Public Service Reforms, Joe Abah, has criticised Lagos authorities over the interception of a truck on Friday carrying 123 men and 48 motorcycles.

According to the Lagos State Environment Sanitation and Special Offenses Taskforce, the men were coming from Jigawa State.

The truck was seized at Agege area of the state following a tip-off by members of the public who raised security concern about the manner with which the occupants of the truck conducted themselves.

After the interception, the truck and its occupants were moved to the office of the taskforce in Oshodi for interrogation.

Dr Abah, in a tweet on Saturday, questioned the move, saying the government was playing politics with the interception.

“‘Illegal mass movement’? 123 people? What if they had come by air? How many people are on flights to Lagos every hour? Is it because they are poor? The things that damage our country the most are those things we initially laugh about or play politics with. #ThisIsWrong!” he said.

According to the chairman of Lagos State Taskforce, Yinka Egbeyemi, some of the men said they came to Lagos in search of greener pastures.

Egbeyemi said that the Lagos Police Command had directed that a fact-finding panel be constituted to profile the detained occupants of the truck, but he added that nothing incriminating was found on them apart from the motorcycles. 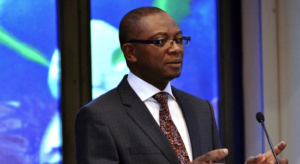