Though it is more economical for Nigeria’s neighbouring landlocked country, Niger Republic to be transiting her imports through the Kaduna Dry Port or Kano Inland Container Terminal (ICD), the country has continued to patronise the Benin seaport which is over 1500 kilometers to Maradi, Niger’s southern Commercial hub.

He disclosed that the revenue loss to Nigeria as a result is heavy because Benin is paying huge transport cost for transporting her transit cargoes from the Cotonue Port to Maradi.

Nwabunike, who is also a Director of ICNL, operators of the Kaduna Dry Port, regretted that since the Dry Port was inaugurated with much fanfare by President Muhammadu Buhari in January 2018, it has been confronted with several challenges including ineffective rail transporting system and poor state of the roads from Lagos to Kaduna.

Meanwhile, the Kaduna Dry Port is a port of origin and port of destination with full paraphernalia of all government agencies involved in the cargo import and export processes.

Nwabunike further warned that unless the Kaduna Dry Port is up and running effectively soonest, Nigeria would lose forever the over 100,000TEUs Niger’s transit cargoes as Benin Republic has already commenced construction of 1500 kilometers Standard Gauge rail line from Cotonue Port to Maradi, Niger Republic.

According to him, over 800 kilometers of the new Cotonue-Maradi rail line has been completed.

“When that rail line is completed, it will reduce the cost of transportation of cargoes from Cotonue to Maradi.” He said the only advantage we have over Benin is to snatch the Niger transit cargo traffic from them is the low cost of transportation we offer to Niger Shippers. “Otherwise, they are more emotionally attached to Benin which is their fellow French speaking nation than to us.”

He added that to make the bad situation worse: “Our recent closure of our borders with them, has turned them against us. Infact they almost mobbed us during our recent visit to that country to explain to them why they should use the Kaduna Dry Port.” 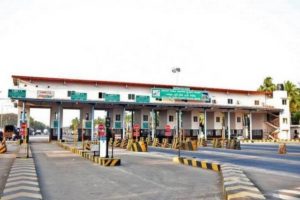