A stalwart of All Progressives Grand Alliance (APGA), Sir Chikwe Udensi has commended the former governor of the state, Dr. Orji Uzor Kalu for good performance while in office between 1999 to 2007.

He made this known on Thursday in a chat with ABN Tv in Abuja.

Udensi, a security consultant insisted that Kalu, the senator representing Abia North put in his best to drive development in Abia state.

The former governorship aspirant stated that the major reason some people criticize the federal lawmaker is because he brought in T.A Orji, whom he said lacked capacity to govern take over from him.

The APGA chieftain described T.A Orji and his successor as liability to the state.

While stating that there is no basis to compare Sen. Kalu and his successor, Sen. T.A Orji, he described T.A as a disaster that befell Abia. 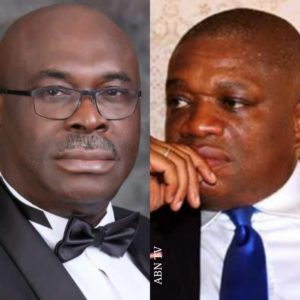