This was made known in a statement by the Attorney-General & Commissioner for Justice, Olawale Fapohunda.

The statement revealed that the 18 prisoners were granted clemency by the state governor after the Ekiti State Advisory Council on Prerogative of Mercy considered 50 applications for clemency at its third sitting.

The applications of these beneficiaries were said to have been granted because they individually demonstrated the potential to turn their lives around. 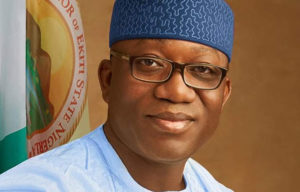