Kidnaped Judge of the Court of Appeal, Justice Chioma Nwosu-Iheme has been released by her abductors.

Justice Chioma Nwosu-Iheme whose abduction led to a public outcry from various quarters and a three-day boycott of all courts by the Nigerian Bar Association (Benin Branch), regained freedom after spending two weeks in her kidnappers’ den.

Edo state Commissioner of Police, Danmallam Mohammed confirmed the release of the court of appeal judge whose orderly was shot dead by her kidnappers and further disclosed that she has also been reunited with her family. 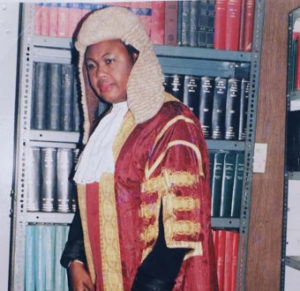