Following the recent warning letter issued by lawyers of the wife of former Senate President, Toyin Saraki, over libelous publications being made against her, officials of the Kwara State chapter of the All Progressives Congress (APC) have denied knowledge and authority over the social media platforms that have been circulating the false allegations, Igbere TV reports.

In a response sent to Mrs Saraki’s lawyers on August 28, the state APC executive stated that the platforms have no relationship with the party.

The letter signed by the legal adviser of Kwara APC, Oladimeji Mustapha, said: “We write on behalf of Kwara State APC Executive being the state legal adviser to respond to your letter on the above subject matter and dated 19th August 2019.

“We are pleased to inform you that there has never been any time where the entire executive of this party in Kwara State met or agreed at any meeting to make any publication in respect of the former first lady of the state Mrs Toyin Saraki and that the executive body of the party in the state has never made such publication as claimed by your client.

“Furthermore, that there are many media platforms created by loving members of the party within the state and which are different from Kwara State APC Executive. More so, the State Executive Committee has no media platform created to ourself as claimed.

“As a result, therefore, the Kwara State APC Chairman or the entire members of Executive Committee are innocent of the allegation as to the said publication against the former First Lady of Kwara State.”

It is believed that the disclaimer might be an attempt to avoid culpability in any legal proceedings, as the same @MediaApc platform, was actively making statements on behalf of the Kwara APC and Governor Abdulrahman Abdulrazaq. 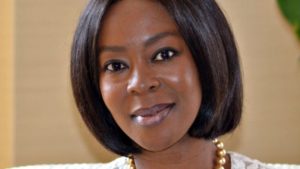