Hariri says he has reached a “dead-end” after unprecedented protests paralyzed the country.

After the long-awaited statement, Lebanese protesters took to the streets in celebration.

Earlier on Tuesday, supporters of Hezbollah attacked a protest camp set up by anti-government demonstrators, tearing down tents and roadblocks.

Banks have closed for the tenth straight day, adding pressure to an already-troubled economic situation.

Rami Khouri, a senior public policy fellow and professor at the American University of Beirut, joins us live from Boston to discuss the latest updates. 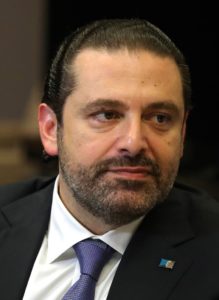