Lionel Messi wanted to leave Barcelona in the midst of his case for tax fraud, he has revealed, but remained at the Nou Camp when no offers came forward.

Messi and his father were both found guilty of tax fraud in July 2016 and were handed suspended 21-month prison sentences and the forward ordered to pay a 1.7million Euro fine.

Messi believes his reputation as a one-club player ultimately dissauded clubs from making an approach.

“At that time, with the government mess, I wanted to leave, not for wanting to leave Barca but wanting to leave Spain,” Messi told Catalonian broadcaster RAC1. “I felt that I was being very mistreated and I didn’t want to stay here. I never had an official offer because everyone knew my idea to stay here.”

“It was very difficult for me and my family because people don’t know much about what’s going on. The truth is that it was hard for everything that happened but it is better that my children were small and did not know.”

Now Messi has no more plans to depart Barcelona, and hopes to finish his career at the club were he has spent his entire professional career.

“Today my idea and that of my family is to end here,” he said. “Especially first because of how I am in the club, how I feel in the club, then because of the familiar, for how good we are in this city, for my children, for not changing my friendships and I don’t want it broken because I had to live it on a personal level.” 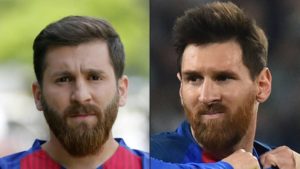