Manchester United have won back to back games and will need to continue the winning run in order to finish in the top four this season.

As far as the transfers are concerned, the Red Devils should splash the cash to secure key offensive signings in the winter transfer window after letting Lukaku and Sanchez leave in the summer.

If reports in the media are anything to go by then Man Utd are prepared to sign a highly rated German playmaker in January.

According to an exclusive report recently , Ed Woodward has given the green light for Man Utd to secure the signings of Muller and Havertz in January. Our focus is on the Bayer Leverkusen star.

As per Instasoccergalore , Havertz ticks all the boxes for Man United. In your view, should Woodward splash £85million to secure his signing in January? 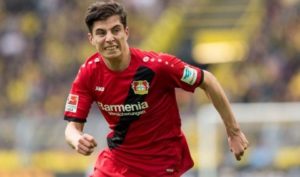