laimed United would pay £63m upfront and then £27m and £18m over the next two summers.

Negotiations are still ongoing but are expected to be finished within the next week, with Dortmund set to make a staggering profit having signed the winger for just £8m from United’s arch-rivals Manchester City in 2017.

A fee of £108m for the 20-year-old would see him become the most expensive player bought by an English club, topping the £89m Manchester United paid to sign Paul Pogba from Juventus in 2016.

The deal would also see Sancho become the club’s second-highest paid player behind David de Gea and the third top earner in the Premier League. 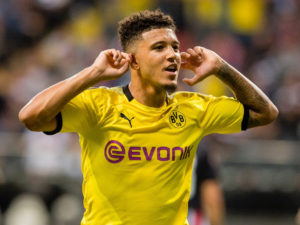