Rabiu according to his twitter and Linkedln handle profile is a Certified Fraud Examiner, Experienced Chief Audit Executive, Adjunct Professor and Authorised Trainer of The ACFE in West Africa, an anti-fraud organisation and premier provider of anti-fraud training and education.

Mrs. Folashade Adefisayo
Commissioner for Education
Folashade is an educationist with more than 20-year experience in the sector. She is a principal consultant/CEO at Leading Learning Limited, a company she founded in 2014.

Prof. Emeritus Abayomi is a specialist in Internal Medicine, Oncology, Environmental Health and Biosecurity. Akin studied at the Royal Medical College of Saint Bartholomew’s Hospital in the University of London where he attained his first graduate degree in Medicine and progressing to obtain fellowships from both Royal College of Medicine in the United Kingdom and the College of Medicine of South Africa.

Idris is the Managing partner at Adesanya Salako and Associates. He is a member of the Nigerian Institute of Town Planners (NITP) and a member at the Town Planning Registration Council of Nigeria (TOPREC).

Bello, according to his profile on Bloomberg served as worked with various companies like First Bank of Nigeria, Concord Press Nigeria Ltd., St. Petersburg Times, Florida USA, to mention just a few.

The former commissioner and immediate Secretary to the State Government (SSG) had various publications to his credit ranging from business to politics.

He is a member of the following bodies: Nigerian Bar Association, Nigerian Society of International Law, Nigerian Guild of Editors, Nigerian Union of Journalist, and Civil Liberty Organisation.

Mr. Gbenga Omotoso
Commissioner for Information and Strategy
Gbenga is an award-winning journalist and former Editor of The Nation Newspaper.

Dada is the former Vice-Chairman of Apapa Local Government, a position she held twice. She is a 1991 graduate of the Lagos State University graduate of Industrial Chemistry with a Masters in Corporate Governance from the Leeds Metropolitan University, United Kingdom.

He has a BSc. in Mechanical Engineering from the University of Ibadan and an MBA in Investment Management and Information from Pace University, New York.

Oladeinde is the Head of Corporate and Investment Planning Department of Lagos Metropolitan Area Transport Authority (LAMATA). He joined LAMATA in 2008 as Technical Adviser and head of Transport Planning.

He holds a Ph. D. degree in Transport Planning from Imperial College of Science, Technology and Medicine in the United Kingdom.

He began his career as a transport consultant in Oscar Faber Consulting in London, United Kingdom before joining the Department for Transport, UK as a Senior Transport Planning Adviser where he was responsible for advising the British government on the impact of various transport policies.

Gbolahan is the immediate past Commissioner of Housing and a former Commissioner of Agriculture and Cooperatives, Lagos State. A seasoned security & development practitioner and socio-entrepreneur, he has deep understanding for political economy of development, especially in low and medium-income economies.

Moyosore is a first-class litigator. In recognition of his excellence in this regard the Legal Practitioners Privileges Committee, chaired by the Chief Justice of Nigeria, the Hon. Justice Aloma Mukhtar GCON conferred Mr. M.J. Onigbanjo with the rank of Senior Advocate of Nigeria on 23rd September 2013.

Hakeem is an ICT specialist and a former Commissioner for The Ministry of Science and Technology. He is also a Network Infrastructure Director.

She has over 22 years’ experience in various fields having worked in companies such as Arthur Andersen (now KPMG International) and British American Tobacco.

With a combined experience in Human Capital development of over 14 years, Ponnle has worked extensively with leaders and teams in both private and public sectors with focus in the area of learning and development, leadership and team development, diversity and inclusion and change management.

Mr. Segun Dawodu
Commissioner for Youth and Social Development
Dawodu is a former Commissioner of Sports in Lagos.

Mrs. Uzamat Akinbile-Yusuf
Commissioner for Home Affairs
Uzamat is a Pharmacist, Politician and the immediate past Commissioner for Wealth Creation and Employment, Lagos State
She had her primary education at Ansar-Ud-Deen Primary School, Ile Ife from 1980-1986. On completion she gained admission into the Seventh Day Adventist Grammar school Ile Ife between 1987-1992 after which she was admitted to University of Lagos, Akoka, Lagos for her B.Pharm graduating in the year 2006.

Mr. Sam Egube
Commissioner for Economy Planning and Budget
Egube is the Board Chairman of CeLD Innovations Limited. He is an engineer with significant banking experience.
He is also an author and socially smart entrepreneur whose carrier runs through a significant number of local and international institutions.

Dr. Wale Ahmed
Special Duties and Inter-Governmental Relations
Dr. Wale is a Medical doctor and a member, Nigerian Medical Association, Society for International Relations & Diplomacy and Nigerian commissioners in Lagos, says Balogun
He is a one-time Commissioner for Special Duties and Assembly member who sponsored the motion for free treatment of accident victims within the first 24 hours.

Princess Aderemi Adebowale
Special Adviser of the Office of Civic Engagement
Princess Adebowale, founder of Remindales Healthcare Agency, is a one-time freelance journalist and politician. She is a former aspirant of the Epe Federal constituency in the House of Representatives.

Mr. Afolabi Ayantayo
Special Adviser on Political and Legislative Affairs
Ayantayo is a crime and fictional writer turned politician. A graduate of Mass communications from the University of Lagos, Ayantayo has been writing from an early age.
He was Secretary to the Local Government, Orile Agege and presently a member, Lagos State House of Assembly Service Commission (LAHASCOM) 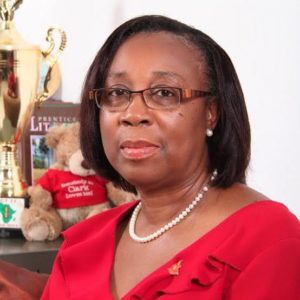