Thefamousnaija unveils the reigning plus-sized Nollywood actress Tessy popularly known as Mama T. who has featured in many Nollywood movies.

Films/Movies Featured by Tessy Diamond: Only Son, Something In The Bush, POSH BATTLE, “Travel No Travel”, Super Kids, Teachers In Love among others.

A scene where she was not satisfied after 7 rounds of sex went viral online few months ago. The man she was doing it with got tired and ran. LOL

She is funny, acts comic parts and also acts crime and other serious roles. She delivers her roles perfectly. 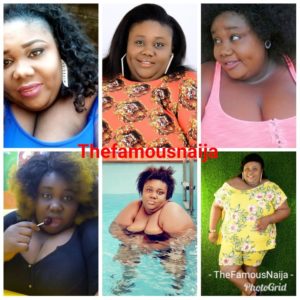