Miyetti Allah Cattle Breeders Association of Nigeria (MACBAN) has called for urgent interventions of the federal government through the nationwide vacation of cows to curtail the outbreak of Contagious Bovine Pleuropneumonia (CBPP).

General Secretary of MACBAN, Alhaji Othman Ngelzarma made the call while briefing the newsmen about the disease outbreak in Bauchi and FCT on Wednesday, October 23rd in Abuja.

Ngelzarma, who decried the devastating effect of the disease, said no fewer than 2,000 cows had been killed by CBPP within the states in less than two months.

CBPP is an infectious disease of cattle caused by the mycoplasma mycoides bacteria, which causes inflammation and enlargement of the lungs. The inflammation can lead to fluid accumulation in the chest cavity and the destruction of lung tissue.

The damaged areas of lung are often hardened interfering with effective breathing and cause cattle to die from lack of oxygen.  It is spread through the inhalation of airborne droplets from coughing or sneezing animals.

Ngelzarma, who allayed fear about the devastating effect of the disease, however, emphasised that failure of the government to ensure prompt intervention through vaccination would amount to its spread to neighbouring states of Nasarawa and others. Ngelzarma said in Bauchi, almost all the local governments had been affected with no fewer than 2,000 cows dying from the disease in the region within two months as reported by the MACBAN Chairman Alhaji Abubakar Shanu in the state.

“In FCT, about 200 cows were killed and the disease is fast spreading across those areas that are affected. We fear that if nothing is done fast, it will escalate to Nasarawa state and most of the neighbouring states.

“It is a disease that if not checked immediately in a few years more than half of cows belonging to MACBAN members will perish. Surprisingly when such an epidemic occurs, you can hardly find the states or Federal Governments coming to the aid of the herders.

“All the area councils in FCT have been affected, particularly in Abuja Municipal Area Council (AMAC), there is a problem at the moment in Takushara community where some cows were lost.

“The disease is affecting neighbouring communities gradually, so very soon you will hear the spread in Nasarawa and most neighbouring states if nothing is done by the Federal Government and state government.

“So, we call on the Federal and state governments to come up with vaccination plans to check the spread of this disease and to come up with palliatives for those families that have been affected by these diseases and other crises,” Ngelzarma said. 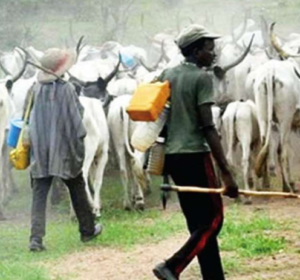