The country home of the president of the Movement for the Survival of Ogoni People, MOSOP, Legborsi Pyagbara, was reportedly burnt down by cultists in coordinated attacks on Communities in Khana Local Government Area of Rivers State on Wednesday.

This comes barely 24 hours after over 15 persons were killed and several houses burnt in Okwale Community.

A simultaneous attack on Taabaa community on Wednesday morning also resulted in the death of at least four persons with houses belonging to the community’s Royal Highness and Youth President set ablaze.

Mr Pyagbara who hails from Nyokuru Community, Nyo-Khana District of Khana was fortunately not around during the attack.
Sources said the coordinated attacks were not merely a cult issue as many claimed, adding that homes of prominent people in the communities were equally raided.
A local source who said the house of his relative was burnt down in Okwale told Newsmen that the motives behinds the attacks were unclear.

He said that Okwale and other neighbouring communities had fought over lands in the past, adding that the renewed hostility was against those perceived to be influential.
Nnamdi Omoni, the public relations officer of the Rivers State police command confirmed the incidents, adding that the command has dispatched officers to the affected communities. 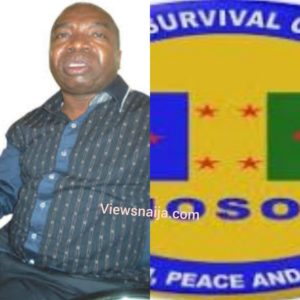