The Niger State government has mapped out an alternative route for heavy duty vehickes in the state.

This is coming following constant rain and incessant movement of heavy duty vehicles which has retrograded many sections of the Suleja-Minna road.

To arrest this situation, Niger State Government has since restricted the movement of heavy duty vehicles on the road from 9pm to 6am to provide timely succor for ordinary travelers who mostly travel during the day time.

In a statement signed by his aide on Public enlightenment, Abdubergy Ebbo, he noted that Governor Sani Bello couldn’t bear the sufferings of the people anymore and since instructed that funds were released for the repairs of the bad sections along the route.

“Even as we hope that the Federal Government will soon intervene and complete the Suleja-Minna road, the Niger State Governor, however, is still committed to the project of completion of the road.

“Governor Abu Sani Bello intends to see to it that the success recorded between Kwakuti and Lambata is similarly replicated between Kwakwuti and Chanchaga to ensure a smooth ride down to Minna.”

“He mapped out Bida-Agaie-Lambata as the designated route for movement of heavy duty vehicles passing through Niger state. “

It will be recalled that the Federal Government recently awarded the contract for the reconstruction of the road but work is yet to begin. 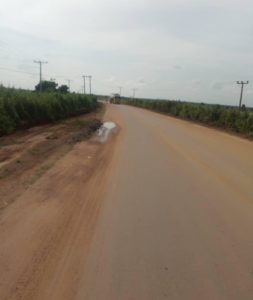